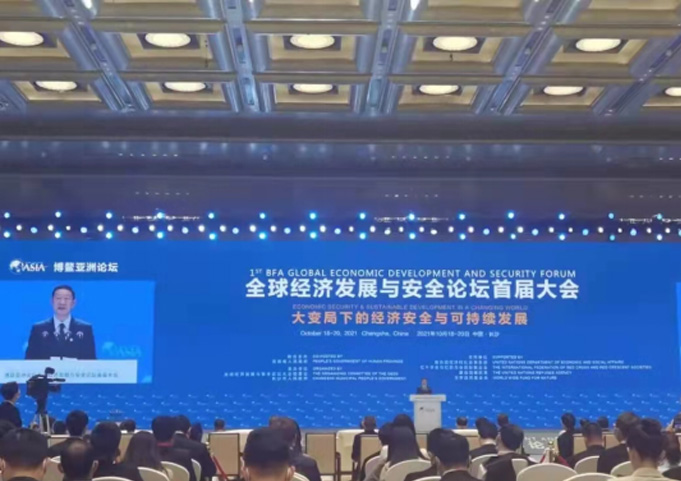 The Global Economic Development and Security Forum is the third global thematic forum launched by the Boao Forum for Asia, and it is also the first thematic conference of the Boao Forum for Asia to expand into the field of economic development and security. With the theme of "Economic Security and Sustainable Development under Great Changes", this conference aims to build a global platform to provide countries with a "Boao solution" to respond to new challenges in economic development and security, to achieve sustainable development, and to contribute Asian wisdom.